“Painting is poetry that is seen rather than felt, and poetry is painting that is felt rather than seen.” ― Leonardo da Vinci

Ekphrastic Human Right Poetry: The teacher passed around iconic visuals from the 1950s and 60s pertaining to civil rights and had the students create ekphrastic poetry about them. (SOURCE: My View From Here)

An ekphrastic poem is a vivid description of a scene or, more commonly, a work of art. Through the imaginative act of narrating and reflecting on the “action” of a painting or sculpture, the poet may amplify and expand its meaning.

A notable example is “Ode on a Grecian Urn,” in which the poet John Keats speculates on the identity of the lovers who appear to dance and play music, simultaneously frozen in time and in perpetual motion. SOURCE

The Romantic poet William Blake said that poetry and art are ways to converse with paradise. So, it is no wonder that these two art forms intersect and feed off one another in his work and the poetry of many others. Poetry and the visual arts have been wedded since the ancient Greeks, and luckily the tradition of poems which interpret visual works of art. 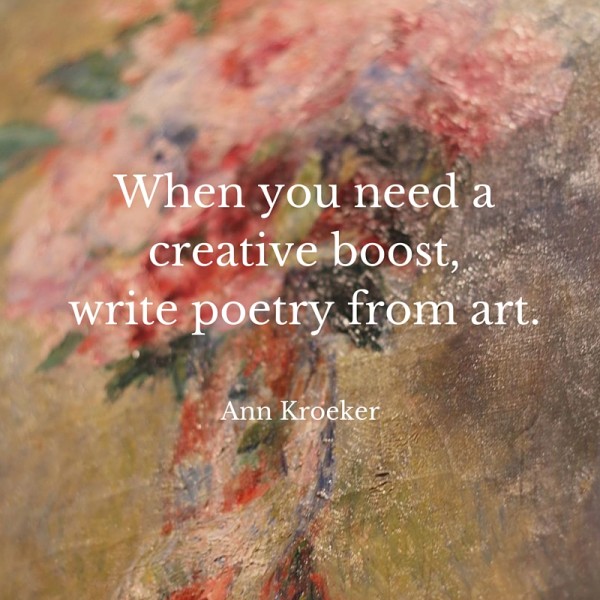 Melissa Watts wrote a poem, How to paint a sigh, in response to an untitled landscape by David Moore. She won the Nillumbik Ekphrasis Poetry Award 2015.

The New Mothers by Sally Mann

In response to The New Mothers
by Sally Mann

We knew then how the world worked.
When you got married, you had a baby.
Or when you had a baby, you got married;
we weren’t quite sure which had to come first
but we knew they always went together,
like bread and butter.
Fathers go to work while Mothers clean and cook
and drink coffee with dark-haired men
at the kitchen table, men
in linen shirts that smell of shaving cream
who give you a dime
for a movie ticket if you show them
how you can do a cartwheel.
Fathers come home late sometimes:
if they sleep on the living room sofa
it means pancakes for breakfast in the morning.
Cars only run if you put gas in them,
but sometimes men come to take them
and you have to walk everywhere instead.
And sometimes men come and lock
your door, but there will be a new door,
a different house,
sooner or later.
God is in the big brick church
with the crying woman on the front,
but he only listens if you eat the wafer first.
We had it all worked out, then. SOURCE: maiermuseum.org

The poem American Gothic, inspired by the painting of the same name.

Ideas for writing an ekphrastic poem

-Write about the scene you see in the artwork.

-Think about what the subjects did after the painting. Did they move from that spot?

-Write a conversation between characters in the piece.

-Write about your experience of looking at the artwork.

-Write as a character in the artwork speaking to the viewer.

-Compare the artwork to something else.

-Imagine a story about the creation of the artwork, or write in the voice of the artist. 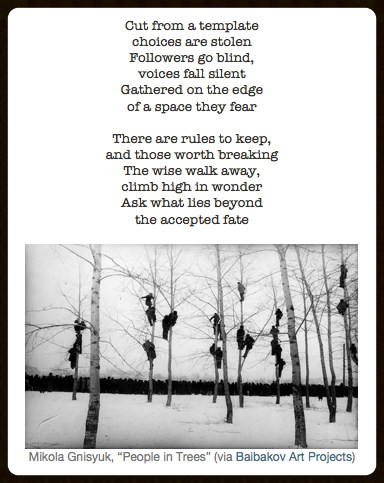 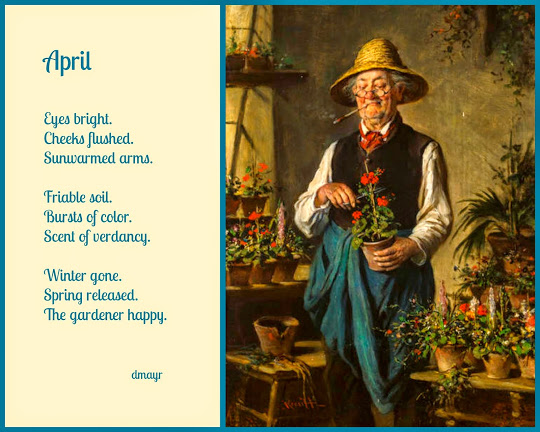 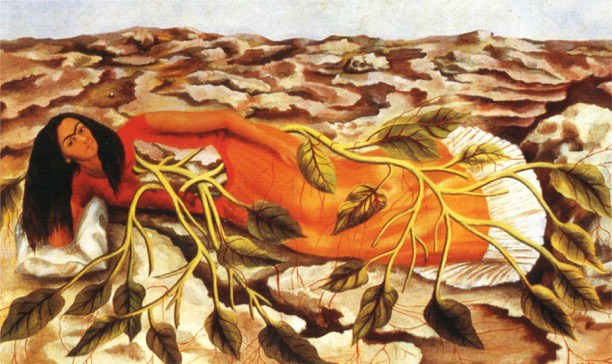 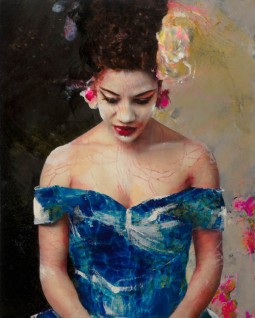 Consider how culture, rituals, politics, and beliefs play in the piece too. Analyze the artwork you’ve selected using  the elements and principles of art and specific examples. Read the artwork like you would a poem. You can also use this your analysis to discuss what you want to write your poem about and why. Make sure to include an image of the artwork you’ve chosen, the title and the artist’s name, and a link to the work.

The artwork that you choose to analyze in your response is the same artwork that you’ll use to write your ekphrastic poem. Likewise, the artist’s name and the work’s title should appear in your poem’s title or subtitle so the reader understands the context and references.To get you started on analysis, consider this: what are the patterns? How does the artist use artistic elements and principles? What are their effects? What does the paining depict? What are the symbols used?

“I am enough of an artist to draw freely upon my imagination. Imagination is more important than knowledge. Knowledge is limited. Imagination encircles the world.”Albert Einstein 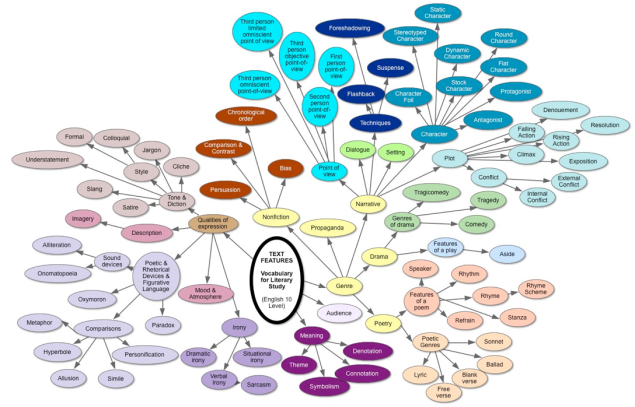